How lockdown changed the norms of consumer behaviour

The lockdown brought in to slow the spread of Covid-19 in 2020 had a dramatic impact on the global economy, not least because it has shifted long-held consumer behaviours that retailers are having to adapt to for survival. Oli Freestone, Head of Capita Institute, has outlined how companies can shift to accommodate the newly formed habits of their customers.

Former PwC and Elixirr consultant Oli Freestone has worked across multiple industries as a management consultant, and has expertise in strategy, technology and innovation. He currently leads Capita Institute – the think tank of global professional services firm Capita – to provide digital thought leadership, research and insights to businesses facing industry disruption. With the onset of the coronavirus pandemic in 2020, the UK retail sector is facing a host of challenges in the coming months.

“As new ways of living bed in there will be increased uncertainty about what this means for the longer term,” Freestone stated in a recent opinion piece for Capita Institute’s website. “It looks likely that we will see a period of recession, and an increase in unemployment, so what state will the economy emerge in? Undoubtably it’s a question of when, not if, there will be an economic bounce back. While it’s estimated that some countries took over a decade to recover from the Great Depression of 1929, post the 2008 financial crisis the shoots of recovery, from a GDP perspective, began a little over 15 months from the start of the crisis.” 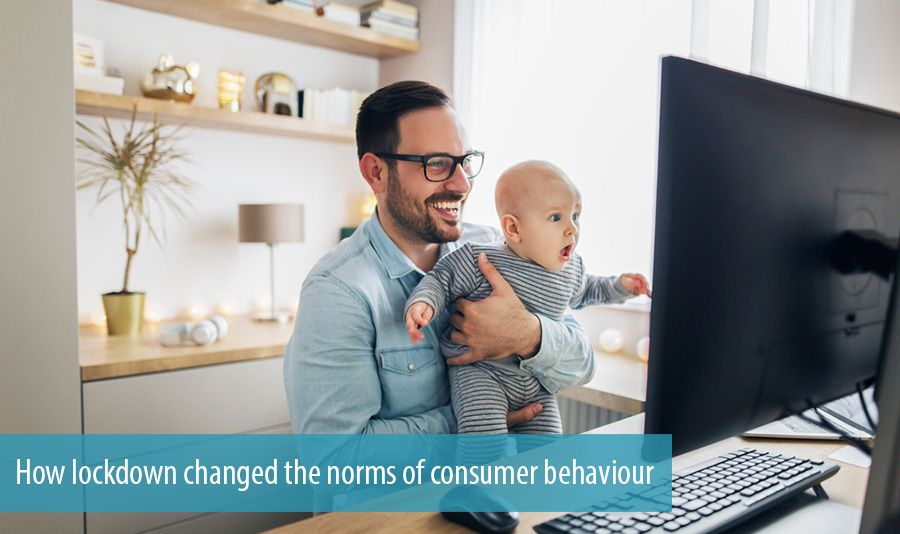 However, taking advantage of the recovery will require a little more effort than simply waiting for a ‘celebratory spend’ post-pandemic, according to Freestone. Retailers will need to cater to a host of new expectations and needs which consumers have developed under the lockdown in 2020’s first half. A habit, as determined by research from University College London, typically takes 66 days to form – meaning a number of new behaviours have occurred during the coronavirus crisis, and this ‘new normal’ may well take some time to fade away.

These behaviours extend well beyond the panic buying which defined the early stages of the pandemic too. While stockpiling of staples was perhaps the most visible manifestation of the uncertainty people were experiencing in March – including a 60% year-on-year rise on the sale of toilet paper in the UK in the first week of that month – many supply chains have now have chance to recover from the unprecedented surge in demand for essential products. The fear and anxiety among consumers brought on by the pandemic is now more visible in their financial caution, with the crisis having shoved the global economy into recession.

“While the uptick in spend brought about by consumers staying at home has been good for grocery, it is not being felt across many other categories,” Freestone elaborated. “In more discretionary areas, such as fashion, the impact has been brutal. Not only is supply chain disruption biting, but at just the time clothing retailers expected to be ramping up sales of summer season collections, people are being forced to cancel holidays and hunker down.”

While some estimates have suggested that the fashion industry stands to lose £11.1 billion in 2020, economic uncertainty has also pushed consumers to re-evaluate other aspects of their finances. According the Office for National Statistics, spending on food and housing make up 42% of total expenditure for households at the bottom decile of income distribution, compared with 26% in the richest 10%. While it remains unclear whether post-pandemic spending will be less caution in discretionary spending, reigning in household finances is a typical response to a recession, so this may also be a long-term trend retailers must contend with.

The pandemic has also accelerated a number of long-term trends which were already present in retail before the lockdown. This has especially been the case regarding the shift to online shopping, with shoppers using more and more online channels to receive goods. Grocer Ocado for example saw a boom in higher basket values and more frequent order demand, resulting in sales doubling since the end of the first quarter of 2020. Tesco and Sainsbury’s also recorded increases in year-on-year sales via their digital platforms, while online giant Amazon was able to put boosted demand toward expanding its global headcount by 100,000.

Finally, the Capita Institute leader explained, the blurring of home and work will also present many retailers with a major challenge. It could be devastating news for retailers whose locations are based around commuting hubs, while if workers no longer travel to their place of work regularly, there could be heightened demand for local amenities. This might see the post-office, milk delivery services and other community models see a resurgence in popularity, or benefit agile retailers, who are able to respond with new formats such as direct-to-consumer businesses.

Concluding, Freestone said, “Historically many of us have been able physically segregate our work and home lives. Last year, just 5.1% of adults in employment worked primarily from home in the UK, according to the ONS. This was barely an increase from 4.3% in 2015. However, figures for April 2020 showed that almost half of adults in employment were working from home. If the impact of a significant shift to remote working continues beyond the end of the lockdown period, we could see additional changes in how we behave as consumers as the boundaries between home and work blur.”