A new study has found that the telecom, hi-tech and banking industries are the current trend-setters, when it comes digital transformation. Digitalisation is still in the early stages across most companies, but the fact that those three sectors have ramped up their cloud capacities quickest is at the heart of their success.

Digital technology has long been discussed as a potential ‘game-changer’ in modern business, with artificial intelligence (AI), cloud computing and Internet of Things (IoT) all being touted as ways for companies to save large sums of money in efficiencies, and improve security, productivity and customer experience in the process. Despite this, the majority of companies have been slow to ramp up their digital maturity.

If organisations are to get the most out of digitalisation – and if they are to survive the coming recession, then they will need to – then it would be a good idea to look at the best practices of those already ahead of the game. Finance is one of these fields; exemplified by a study earlier in 2020. It found that that organisations adopting emerging technologies in finance operations were growing their annual profits at a vastly accelerated rate, as their digital transformation work finally began to pass the adoption tipping point to deliver a competitive advantage for businesses. 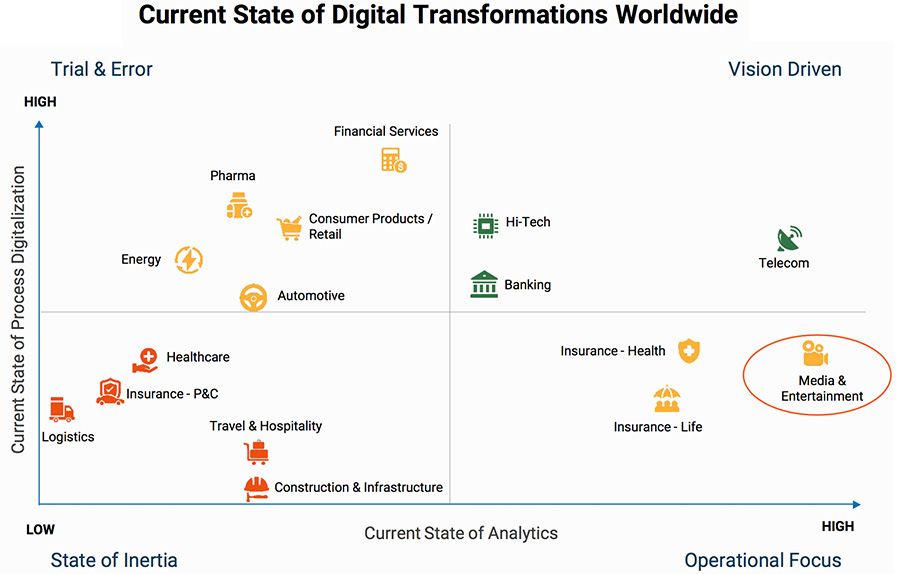 Now, a further report, this time from digital services specialist Trianz has also placed finance at the head of the digital curve, alongside the hi-tech and telecom sectors. Surveying more than 9,000 leaders worldwide across these 18 industries, Trianz found that hi-tech, banking and telecom were the only industries to have both an advanced state of process digitalisation and a highly developed current state of analytics.

According to the research, this is because these three industries were vision driven in their transformation, setting long term, holistic goals for their organisation. This enabled them to make balanced investments in analytics and digitalisation, helping the company move along with its changes without different departments coming into conflict with one another. 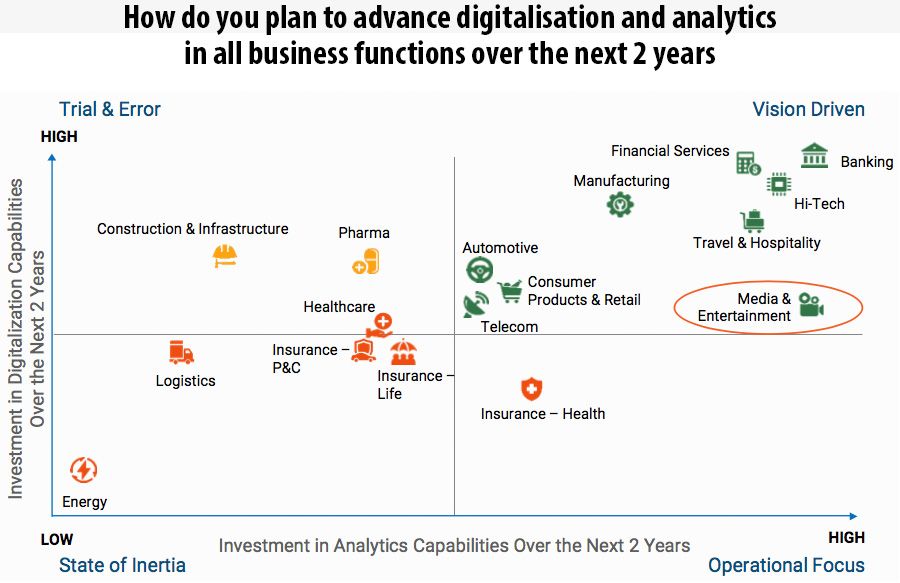 This is in contrast to firms who leverage costly trial and error strategies to oversee digital transformation without using analytics; operationally focused companies who might have good analytics to improve profits but neglect the efficiency savings transformation can bring; or firms who are seriously lagging on both fronts. The industries which fall into these three categories also tend to lag behind in terms of their future digitalisation efforts.

Banking and hi-tech remain the front-runners on this basis, and while telecom has been overtaken by a number of industries including financial services, it is still a sector which is leading the way. At the same time, the next two years are likely to see energy, logistics and the insurance sector lag behind, either in inertia, or only moving forward with a moderate level of operational focus. 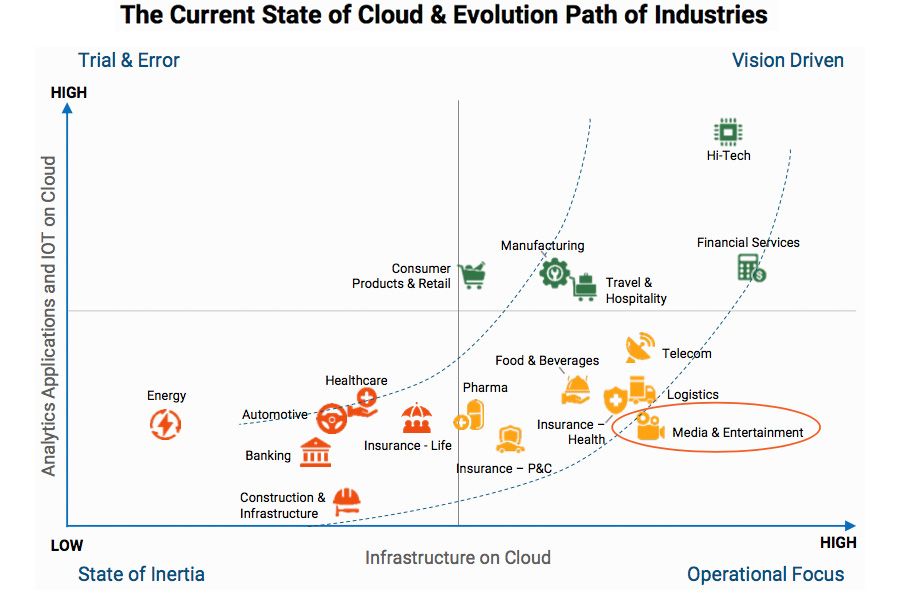 Largely, the researchers also found that the usual suspects seemed to be ahead and behind the curve when it comes to cloud infrastructure adoption. Cloud could have a massive effect on an organisation’s thought processes and culture when it comes to broader digitalisation, so in many cases this could further widen the gulf between ‘digital champions’ and those in a state of inertia.

Hi-tech companies are far and away the most advanced in terms of migrating their infrastructure to the cloud, as well as analytics applications and IoT services. Similarly, financial services operators are out ahead – however, interestingly, telecom has been slow to move its analytics applications to the cloud and banking lags behind on both fronts. In this case, both sectors might soon see their digital journeys begin to stall in comparison to initially slow developers, such as manufacturing and consumer product and retail.